Watch our webinar to start your elearning journey today! 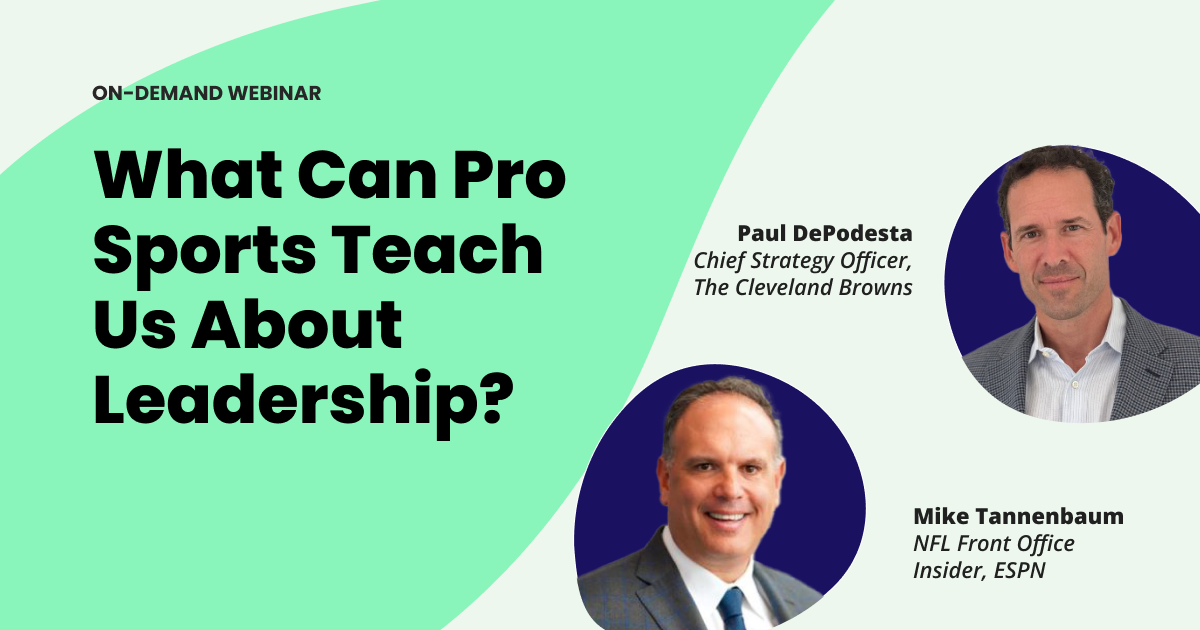 Coaching and training are becoming increasingly intertwined. Organizations are actively adopting a coaching culture to prepare for a future where upskilling is essential for an organization's survival. The most effective learning and development strategies include training that creates a coaching culture and develops a next generation of leaders. With highly-skilled, well-trained coaches actively scaling your organization, you will see an increase in employee engagement, productivity, and retention. Overtime, these effects can have a significant impact on your organization’s bottom line.

In this webinar, two high-achievers from the world of sports management, Paul DePodesta and Mike Tannenbaum, join sportscaster Brian Berger to share lessons from their sports careers that taught them how to help people reach their fullest potential and create an environment where employees motivate themselves. Paul and Mike will discuss what is needed to develop leaders who can better manage their teams and unleash employee potential. After this webinar, you’ll have a clear roadmap for advancing employee development and performance.

Paul DePodesta was named the Browns’ Chief Strategy Officer on January 5, 2016. DePodesta came to Cleveland after spending 20 seasons in Major League Baseball. During his time in MLB, DePodesta was the only executive in the league to win divisional titles with five different organizations. He previously served in leadership roles for the New York Mets, San Diego Padres and Los Angeles Dodgers. DePodesta was also featured with baseball executive Billy Beane in the New York Times’ best-selling book “Moneyball.”

Mike Tannenbaum joined ESPN as an NFL Front Office Insider in April 2019. A former NFL executive with more than two decades of experience in team front offices, Tannenbaum has also contributed to ESPN’s coverage of the NFL Draft since 2019. Prior to ESPN, Tannenbaum worked for several NFL franchises, most notably as executive vice president of football operations for the Miami Dolphins and executive vice president and general manager for the New York Jets. Tannenbaum’s tenure as general manager of the Jets marked the most successful seven-year period in franchise history.

More about On This Topic

Mike and Paul work together to create engaging and innovative management, business skills, and wellness courses for OpenSesame’s elearning brand, On This Topic. On This Topic was created to capture, curate, and distribute the lessons gained from real life experiences of champions in sport. From athletes to coaches to executives, we connect you to compelling stories on key topics. On This Topic’s courses are exclusive to OpenSesame, and are currently available in our catalog.